When And Why Brother Felix Y. Manalo Changed His Name

FELIX Y. MANALO:
WHEN AND WHY HE CHANGED
HIS NAME 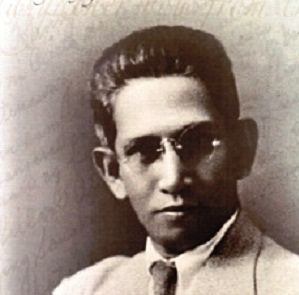 When Did He Changed His Name


According to Kavanagh, a Catholic priest, the people of Tipas insist that the changed was made when he started his preaching of the Iglesia ni Cristo (in 1914). However, records shows that it was in 1905, after the death of his mother, when he started to used the name "Felix Y. Manalo."

After the death of his mother in summer of 1905, he stayed for a while in Tipas to be with his brother (Baldomero) and sisters (Praxedes and Fausta). When he went back to Manila he enrolled at Ellinwood Bible Seminary with the name "Felix Y. Manalo." In 1909, when he entered the Christian Mission (Disciples of Christ), he was known as "Felix Y. Manalo."  in a newspaper of the said society published in 1909, it metioned the name "Felix Y. Manalo." When he married Tomasa Sereneo, his wife's name was changed to Tomasa Manalo. In 1911, when the first congregation of the Seventh-Day Adventist Church in the Philippines was established, the list of its members included Felix Y. Manalo and Tomasa S. Manalo.

Since 1905, Brother Felix went back to Tipas only in 1914 to preached the Iglesia Ni Cristo in his hometown. Thus, it was only then that the people in Tipas learned that Felix was now using his mother's surname.


The Reasons Why He Cahnged
His Name To "Felix Y. Manalo"


The PASUGO (the official magazine of the Iglesia Ni Cristo) tells us that Brother Felix changed his name to "Felix Y. Manalo" because of his great love and affection for his mother. That he grieved his mother's death so much he decided to used his mother's surname.

However, there was another reason why he changed his durname - he and his siblings wanted to have only one surname. Yes! It was not only Brother Felix Y. Manalo that changed his surname, but also his brother and sisters. The four siblings have different surnames -  Felix and Praxedes were using "Ysagun" and Baldomero and Fausta were using "Mozo." The father of Felix and Praxedes was Mariano Ysagun, while the father of Baldomero and Fausta was Clemente Mozo. Their mother married twice. So, it is unlikely that Felix and Praxdedes use "Mozo" becuase they are not "Mozos," and it is unlikely that Baldomero and Fausta use "Ysagun" because they are not "Ysaguns." Thus, "Manalo" is the most logical and practical because they are all "Manalos." Brother Felix's siblings indeed used the surname "Manalo." Their records and families attested to this.

There Is Nothing Wrong
With Changing Name

Changing your name is not wrong and it is not having no respect to your parents. Take note that the mother of the Philippine national hero was "Teodora Realonda Alonzo," and his father was "Francisco Protacio Mercado," while his name is "Jose Protacio Rizal." When Rizal changed his name, his parents did not mind.

After Rizal's death when his siblings changed their surname from "Mercado" to "Rizal." And this their parents did not mind.

Email ThisBlogThis!Share to TwitterShare to FacebookShare to Pinterest
Labels: ALL ARTICLES

Comments submitted must be civil, remain on-topic and not violate any laws. We reserve the right to delete any comments which are abusive, inappropriate or not constructive to the discussion. Repeated violations are ground to be blocked from this blog.

No part of this publication may be produced, stored in a retrieval system, or transmitted, in any form or by any means, electronic, mechanical photocopying, recording, or otherwise, without the prior written permission of the publisher.